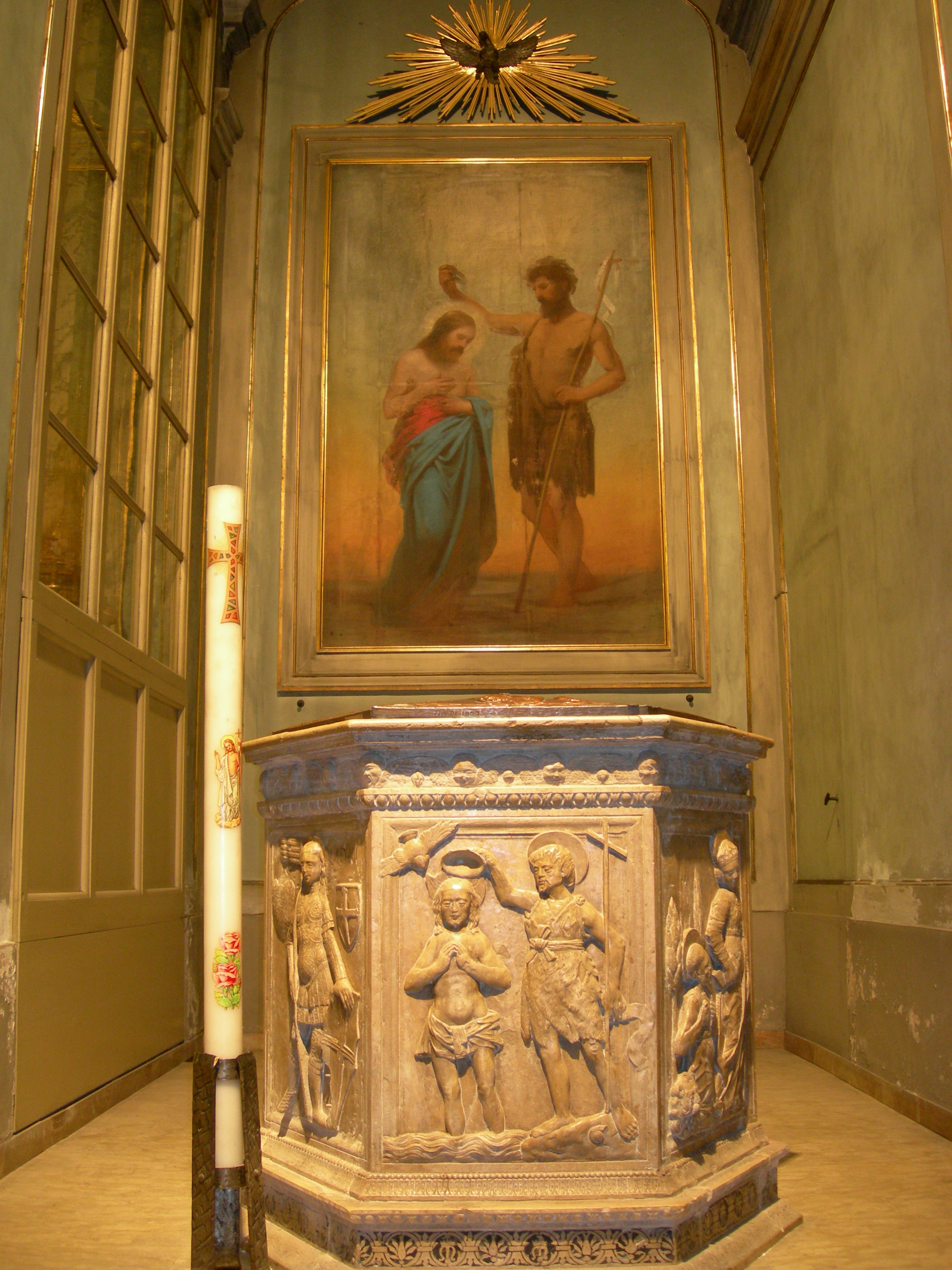 Mother Clelia Merloni, foundress of the Apostles of the Sacred Heart of Jesus, was born in Forli, Italy on March 10, 1861. When she was only three years old, her mother, Teresa Brandinelli, died. Her father, Joachim Merloni, a wealthy industrialist, remarried Maria Giovanna Boeri, who together with Clelia’s grandmother gave the child a solid Christian formation and helped her develop a strong and faith-filled personality.

In 1876 Clelia began her cultural formation as a student with the “Daughters of Our Lady of the Purification” in Savona. After only one year, she had to leave school due to fragile health. Her father immediately acquired teachers to give Clelia lessons in foreign language and piano. His father dreamed of a luxurious life and an extravagant marriage for his beloved daughter. But what truly moved Clelia’s heart was the deep desire to consecrate herself to God in religious life.

In 1892 Clelia entered the Congregation of the “Daughters of Our Lady of Providence” in Como, where she dedicated herself to religious life with zeal and joy. Almost miraculously, she recovered from a very serious lung disease when the doctors gave no more hope of recovery. At the end of a novena to the Sacred Heart of Jesus and to the Immaculate Heart of Mary, Clelia was restored to perfect health. She realized that God’s plan for her was to found a religious Congregation of sisters consecrated to the Sacred Heart of Jesus, who would dedicate themselves to the wellbeing of the poor, the orphans, the abandoned, offering all their good works and their lives for sinners. (In Clelia’s heart there was, above all, the fervent desire for the salvation of the soul of her father, an atheist and Mason).

On May 30, 1894 in the Church of St. Francis in Viareggio, Clelia together with two companions were presented as the first “Apostles of the Sacred Heart of Jesus.” A new Congregation was born.

The institute grew rapidly. Clelia opened a school for young children, a home for the elderly and an orphanage, all thanks to the generous financial support of her father. To the extent that the number of sisters grew, so too did the works increase, even outside of Viareggio. With her father’s death in San Remo on June 27, 1895, Clelia became the sole beneficiary of the huge inheritance. Her father’s deathbed conversion was the fruit of all the prayers and sacrifices which Clelia offered for this intention for many years.

Divine Providence allowed Mother Clelia to meet Bishop Giovanni Battista Scalabrini, Bishop of Piacenza, who helped the sisters find their way out of that delicate situation created by the financial disaster. In 1900 Mother Clelia sent sisters as missionaries to help the Italian immigrants who had settled in Brazil and two years later other sisters left for Boston (USA).

On June 11, 1900 Mother Clelia and 18 other sisters professed religious vows in the Cathedral in Piacenza. Even with the joy of consecration, as well as the apostolic success that came from collaboration with Bishop Scalabrini, the internal struggles among the sisters grew. Two distinct groups were being formed within the same Congregation: those who wanted to remain faithful to the founding charism and those who were more inclined to follow the directives and spirituality of the bishop. Moreover, after the economic failure and legal issues that followed, Mother Clelia became a victim of slander. Not wanting to publicly accuse the priest who had mismanaged and stolen the money of the Congregation, she blamed herself, leading to serious misunderstandings and accusations from many.

Mother Clelia was no longer consulted on matters relating to the government of the Congregation, the name of the institute changed, and new Constitutions were drafted, which the sisters were ordered to obey by the visitors approved by the Congregation of Religious. On February 28, 1904, by Vatican decree, Mother Clelia was removed from the office of Superior General and Mother Marcelline Vigano was elected.

After a year Mother Clelia was reinstituted, but three apostolic visits followed and, at their conclusion, Mother was forced once again to withdraw from office with a decree by the Sacred Congregation of Religious, September 13, 1911.

Mother repeatedly asked for her case to be reviewed, but she never received any answer. Meanwhile discord grew in the Congregation and the sisters who were faithful to Mother Clelia were ousted from the Institute. Alone and thinking herself to be the obstacle to the peace of the communities, Clelia decided to leave the Institute she had founded, rather than see it destroyed by discord.

In July 1916, she began the trying period of exile: Turin, Roccagiovine, Marcellina were the steps of the long road to Calvary.

It was also a time of great spiritual growth, deep prayer and strengthening of her spirituality.

In July 1916, she began the trying period of exile: Turin, Roccagiovine, Marcellina were the steps of the long road to Calvary.

Her name became unknown to later generations of Apostles. The sisters were forbidden to keep correspondence with her or send her any assistance.

On August 16, 1920, Mother Clelia wrote to the Pope, begging for his permission to return to the Congregation she had founded. It was only on March 7, 1928 that Mother Clelia was allowed to return to the Institute. Aged and very weak, she spent the last two years of her life in a room far from the community, but connected to a small choir loft that overlooked the altar of the chapel. These years were marked by intense prayer and tender charity for all those whom she knew, and a full and total offering of herself to the Eucharistic Heart of Jesus for the salvation of souls.

The most evident sign of her exquisite charity was her spirit of forgiveness, purified by the fire of love, shining like a pearl of extraordinary beauty, especially when she was the object of serious injustice and unfounded slander.

Mother Clelia died in Rome on November 21, 1930 and was buried in the cemetery Campo Verano that was bombed during the Second World War.

Mother Clelia died in Rome on November 21, 1930 and was buried in the cemetery Campo Verano that was bombed during the Second World War.

On July 18, 1943 during the Second World War, the Allied Forces dropped bombs near the railway station of San Lorenzo, also affecting the Verano Cemetery. There was heavy damage and many tombs were destroyed. It was only in 1945, at the War’s end, when the search could begin for the remains of the Foundress in the midst of all that devastation. After a few days of searching, workers found Mother Clelia’s casket still sealed. It was brought to the presence of the Superior General to be opened. The body of the Foundress was intact.

From that moment on, an uninterrupted procession of religious began towards the Verano Cemetery to see the uncorrupted body of Mother Clelia. Many people went there believing in her intercession, touching her body and thanking her.

On May 20, 1945, the Solemnity of Pentecost, the body of Mother Clelia was transferred in a solemn funeral procession from the Verano cemetery in the chapel of the Generalate which is dedicated to St. Margaret Mary Alacoque.

The mortal remains of the Foundress were placed in the right wall of the Chapel. The following inscription was placed on the marble plaque: “MOTHER CLELIA MERLONI, FOUNDRESS OF THE INSTITUTE OF THE APOSTLES OF THE SACRED HEART OF JESUS. THE DIVINE HEART OF JESUS ​​WAS THE LIGHT OF HER EXISTENCE. THE POOR, THE OPPRESSED, THE UNFORTUNATE WERE THE MOST TENDER BEAT OF HER HEART. SHE LIVED IN PURITY, SIMPLICITY, CHARITY.”