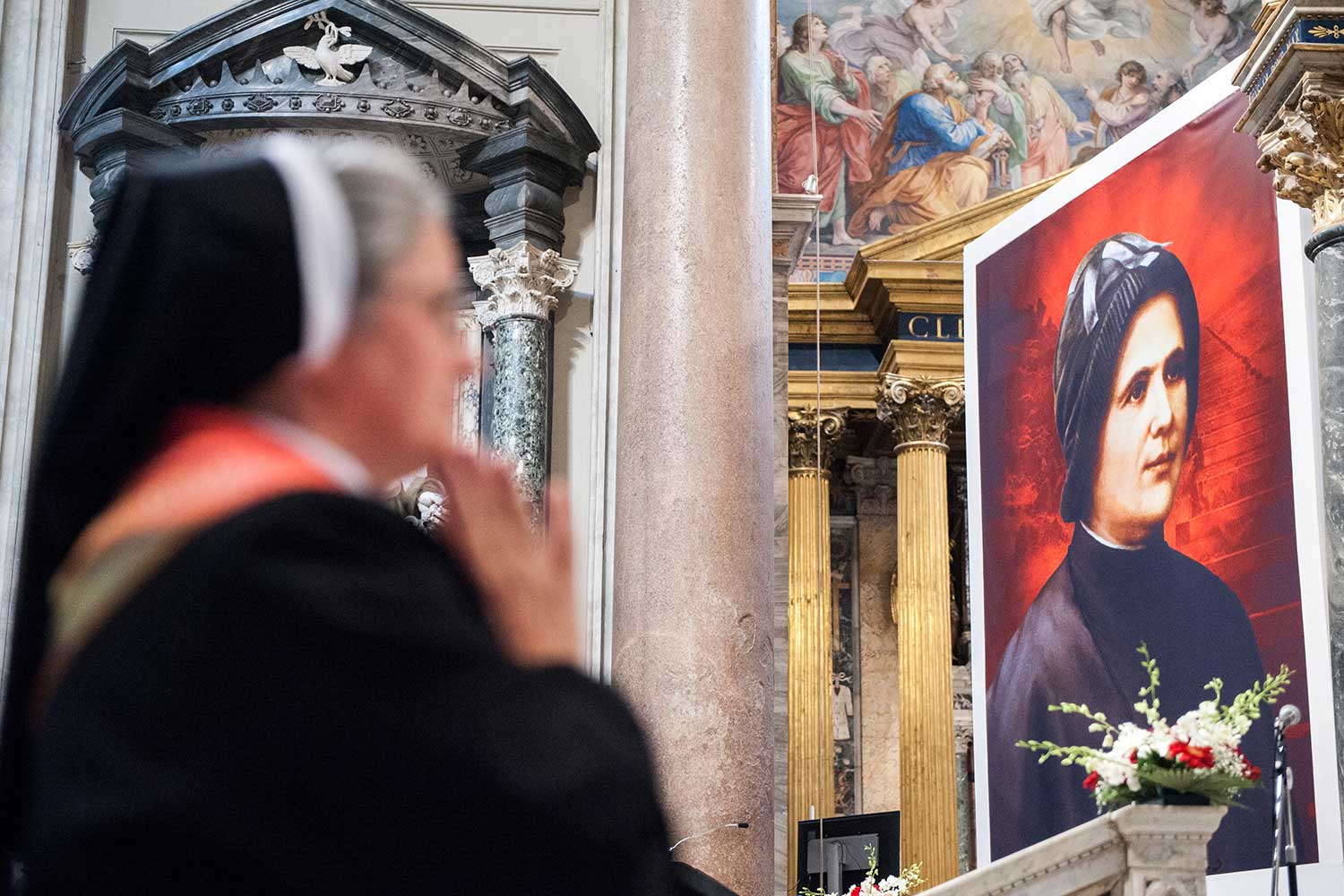 Opening of the diocesan inquiry on an alleged miracle attributed to Blessed Clelia Merloni, foundress of the Institute of the Apostles of the Sacred Heart of Jesus

CLELIA MERLONI, foundress of the Apostles of the Sacred Heart of Jesus, was born in Forli on March 10, 1861.

Driven by an intimate desire to consecrate her life to God, in 1883 the young Clelia entered the Congregation of the Daughters of Our Lady of the Snows (Savona) but, after four years, she had to return home because of an illness. In 1892 she entered the Congregation of the Daughters of St. Mary of Providence in Como where she dedicated herself to religious life with joy and zeal. Here, after a prodigious recovery from tuberculosis, thanks to the intercession of the Immaculate Heart of Mary, she had a clear and precise vision of what she should do: to establish a congregation of Sisters consecrated to the Sacred Heart of Jesus who would dedicate themselves to the good of the poor, orphans, and the abandoned and would offer their lives of good works for the conversion of sinners. Thus, on May 30, 1894, in the Church of St. Francis in Viareggio, Clelia and two of her companions were presented as the first Apostles of the Sacred Heart of Jesus, thus inaugurating the new Institute.

The charism received by Mother Clelia found rapid expansion. In 1900 the Apostles, guided by faith, passion and courage, arrived in Brazil and in 1902 in the United States, devoting themselves with a sense of self-denial to caring for the poorest of the poor, in the areas of health, education, moral and material assistance.

The rapidity of the expansion of the charism was not proportionate, by human reasoning, to the knowledge of the great spiritual richness and heroic virtues exercised by Blessed Clelia Merloni in order to remain faithful to the charism she received and to her ideals.

Thus, it was not until May 18, 1990 that the Congregation for the Causes of Saints granted the necessary nihil obstat to initiate the diocesan inquiry into the life, virtues and reputation of holiness of Blessed Clelia, whose first session was celebrated in the Ordinary Tribunal of the Diocese of Rome on June 18, 1990 and concluded on April 1, 1998 with the delivery of the procedural documents to the Dicastery for the Causes of Saints, which decreed their juridical validity on May 21, 1999.

Having dispelled every shadow on Mother Clelia’s life and heroic virtues, on December 21, 2016 Pope Francis signed the Decree of Venerability and on January 26, 2018 granted the Decree of Recognition of the miracle of healing of a Brazilian doctor, which occurred in 1951. With the conclusion of the Roman phase of the beatification process, the Mass of Beatification was solemnly celebrated on November 3, 2018, in the Basilica of St. John Lateran.

The fame of sanctity of Mother Clelia Merloni continues to speak to the world with one language, that of charity, thus giving proof that the Church “going forth” as desired by Pope Francis and lived by Mother Clelia and her Apostles, represents, as His Eminence the Cardinal Vicar, Angelo De Donatis, had the opportunity to recall during the celebration of the beatification, “a model of a successful path”, because “announcing the Gospel is the first and essential form of charity”.

Thus, in response to the needs of the Church and the signs of the times, the Charism of Mother Clelia is now present in the world on 4 continents and in 15 nations with about 850 religious and for 25 years has engaged 5000 lay people of whom 300 are in the Diocese of Rome who are part of the Great Family of the Sacred Heart (GFASC).

On March 10, 2022, 161 years after the birth of Blessed Clelia, that voice of charity continues to echo, and thus in the Ordinary Tribunal of the Diocese of Rome, in the presence of His Most Reverend Eminence Cardinal Angelo De Donatis, Vicar General of His Holiness for the Diocese of Rome, the diocesan inquiry begins into an alleged miracle of a narrow escape from death obtained through the intercession of Blessed Clelia Merloni.

We entrust the good outcome of the investigation and the Tribunal to the protection of the Blessed Virgin, so that the will of God may be fulfilled.