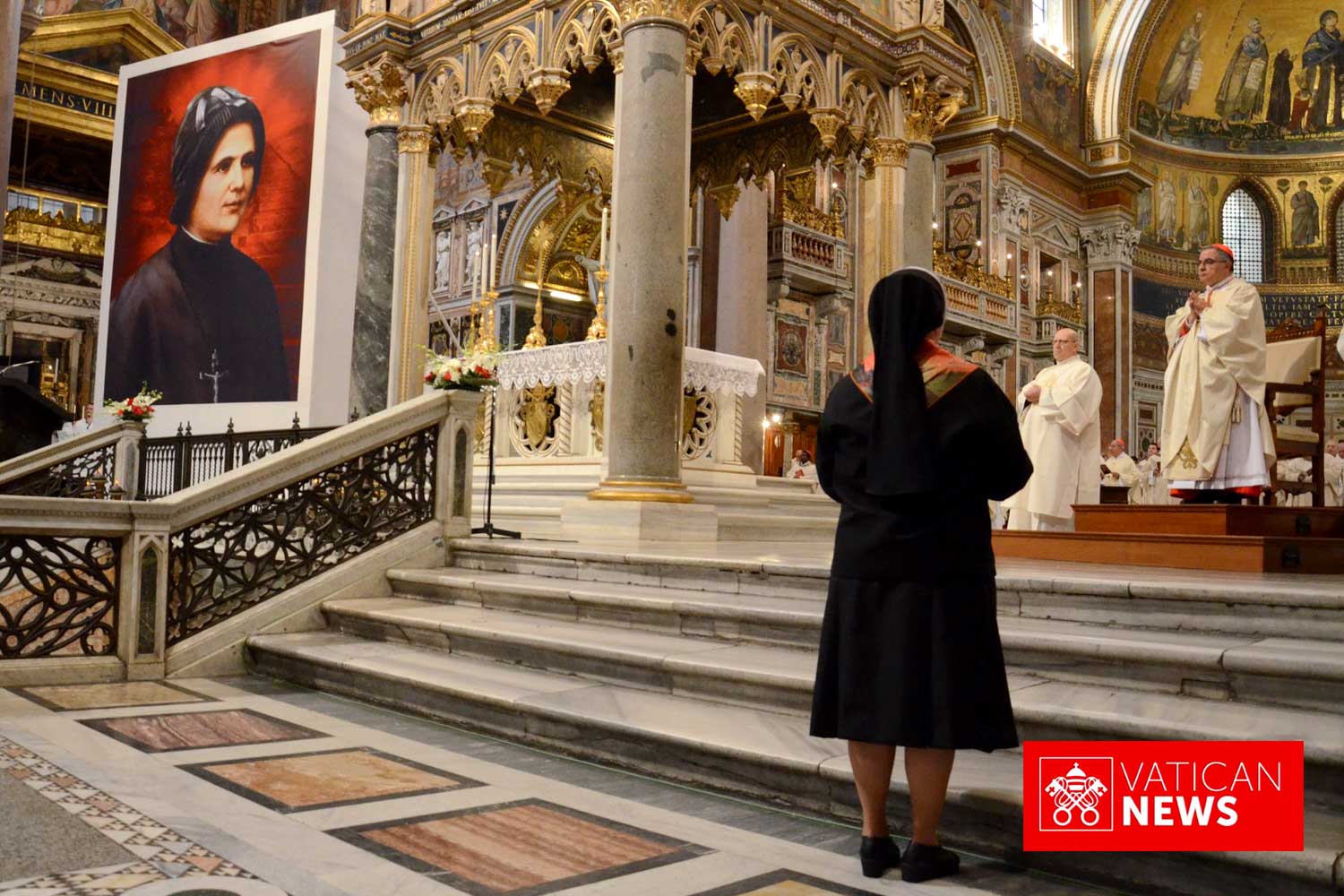 Cardinal Angelo Becciu, the Prefect of the Congregation for the Causes of Saints, beatified Clelia Merloni at St John Lateran on Saturday saying that she kept her gaze fixed on God even amid suffering and tribulation.

Clelia Merloni, who lived between 1861 and 1930, is now beatified. Her beatification ceremony took place at the Basilica of St John Lateran in Rome on Saturday morning. Cardinal Angelo Becciu, Prefect of the Congregation for the Causes of Saints, celebrated the Mass. In his homily, he praised Bl Clelia, saying her gaze “was always turned to God”, especially “in time of trial”.

Charity in return for hostility

Cardinal Becciu said that Mother Clelia embraced Paul’s hymn to love and Jesus’ command to love our enemies even when dismissed from governing the Apostles of the Sacred Heart of Jesus, which she had founded. That period of her life was “hard and exhausting, a personal ordeal, made of loneliness and solitude, and poor health”, the Cardinal said. Yet, that was the moment when Mother Clelia encountered her Spouse, Jesus Crucified. Mother Clelia “responded to hostility and contempt with charity”, he said.

“Her life was given in total oblation”, the Cardinal continued. She lived the charism of the community of women religious that she had founded, and witnessed to it “in her flesh”. That charism, said Cardinal Becciu, “is contemporary and fascinating: to offer oneself totally and joyfully to the Heart of Jesus” so as to be a “living and credible sign of God’s love”.

Mother Clelia centred herself on Christ in the Eucharist and would spend hours in the chapel, Cardinal Becciu related. “God alone” was her motto. And so she would encourage her sisters to “impress in your hearts that God alone is your only good and your only refuge”. She herself, Cardinal Becciu said, was “transformed into a ‘flame of love’ ”. Precisely because she belonged entirely to God, Bl Clelia’s “heart was open to all, especially to the sick and the suffering”, he said.

Bl Clelia has a message for us, the Cardinal proposed. That message is embodied in her life of “moral suffering” through which she became a “strong and courageous woman who knew how to witness the love of Jesus in every circumstance”. For life to flow around us, he said, it is essential that we unite ourselves to Jesus’ pierced Heart. Death, hatred and division will thus yield to life, love and communion. Mother Clelia first practiced the charism she would share with others, “where prayer and suffering emerged as essential elements”, Cardinal Becciu said.

The Cardinal then turned his final remarks to the Apostles of the Sacred Heart of Jesus who were present for the beatification of their Foundress. “We ask you”, he said, “to keep her charism alive, and above all her spirituality of self-offering, whose focus is the love that bears all things and forgives all things”. He told the women religious that their mission is still contemporary, as is the motto of their Institute, “the love of Christ impels us”. That motto, the Cardinal said, is a commitment to make St Paul’s words their own, thus constantly radiating love.

Blessed Clelia Merloni, pray for us!

The Cardinal then concluded:

“Let us ask the Lord that the path of holiness, which Mother Clelia Merloni has shown us with a life sustained by love for the Cross, may every day become the luminous and sure path on our journey of love for God and our brothers and sisters.

“Let us repeat together: Blessed Clelia Merloni, pray for us!”